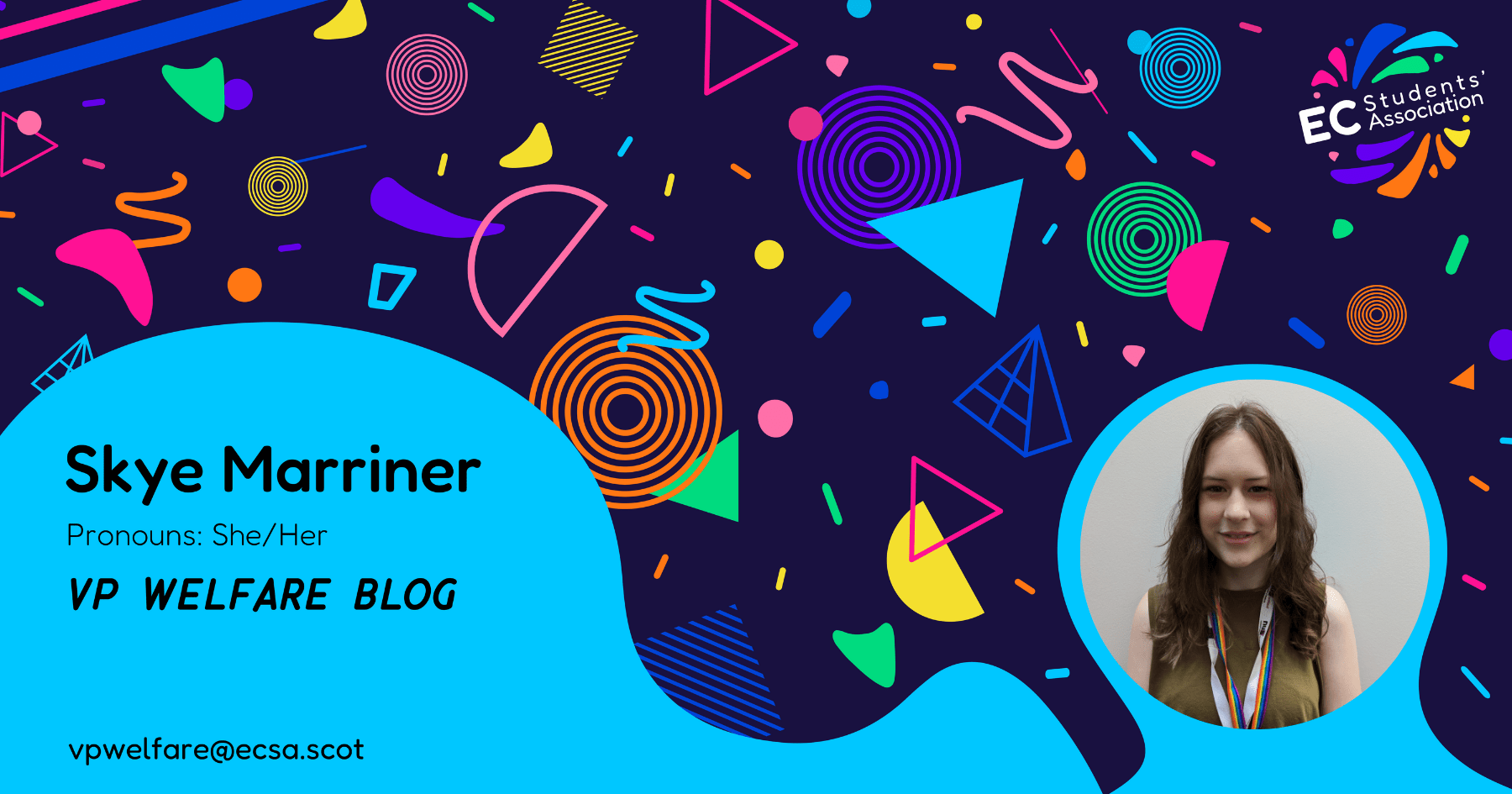 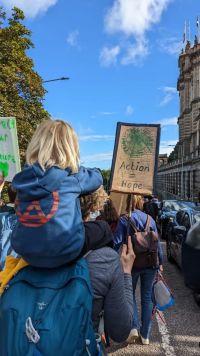 Our Director tells me that, traditionally, VP Welfare is a post that does “fluffy stuff”. Things to make you feel better, freebies for students, and general virtual group hugs. Well, if you’ve never met me, you probably don’t realise that I am far from traditional in that sense.

Just before the October Break, it was Sustainable Education Week in the College, and I thought, what better time to talk about what I’m really passionate about?

On the 23rd of September there was a Global Climate Strike, with Fridays For Future (FFF) Scotland hosting a rally outside the City Chambers in Edinburgh. I was there, as I have been in numerous other Strike Days, so I thought I'd take this opportunity to explain why.

If you didn’t know, my roots are in environmental activism, and have worked with FFF for 3 years prior to becoming Vice President Welfare. I got there an hour early for some much needed coffee and a catch up with old friends. The energy was already pretty high with the protest playlist blaring and the young people of the climate movement ready to go.

It was amazing to see the crowd grow rapidly with people, faces both old and new, and it wasn’t long until the area was filled with young people and families from across the City.

The march started, music blaring, energy high, and not before long, the chants began.

It was a great turn-out, the sun was shining, and everyone's energy was very high - it felt incredibly empowering to be a part of - but I couldn’t help but notice the air of anger and disappointment behind the joy and empowerment. There was this unspoken present feeling of disappointment and exasperation in where we are and how we got here. 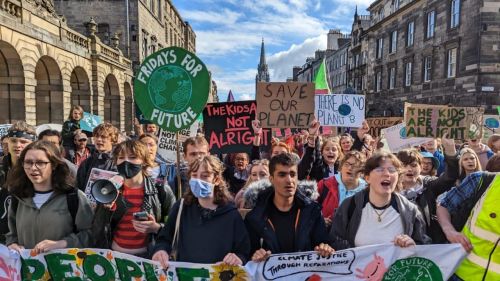 The message was clear. "The kids are not alright!"

The march ended outside parliament as loudly and enthusiastically as it had begun, and I had to run off for a meeting back at the college, but now, more than ever, I was left wondering what more I could be doing to make a change.

ECSA has won so many awards for our environmental work with our Go Green hubs and campaigns, we’re already doing so much - as an organisation who represents students, we’re conscious and we’re doing our best.

So, where do we go from here? Well, I’ll leave you with this.

If you’re aware, that’s enough, but, if you want to do more, I’d urge you to use the Go Green hubs, volunteer to help us help other students, and, more than anything else, get involved and make your voice heard. With an active and engaged student voice, we can show the government the numbers and maybe then, they might start listening.